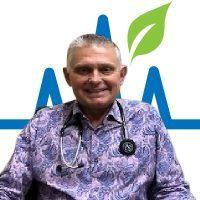 After being an intern, he started in practice with Doctors Guzik  and Kusch. Later on the trio of Drs. Guzik, Kusch and Chernoff then moved to Pacific Avenue in 1985 where Dr. Parker joined the practice.

With the expansion of the practice, Dr. Chernoff moved out to start Willowgrove Medical Group in 2008, making him the longest serving Doctor in this practice.

Dr. Chernoff wrote his certification examination in Family Medicine (CFPC) in 1999 and is currently the acting head of the Saskatoon Health Region Department of Family Medicine-Non Academic.

In Addition to maintaining a full family practice, he does circumcisions, Vasectomies and visits nursing homes on the weekends. He has recently given up doing Obstetrics after delivering babies for many years.